14968279 feed
An anonymous reader shares a report: As stated earlier, new Ubuntu versions come April and October, and wouldn't you know it, we are at the end of the latter. With Halloween a bit more than a week away, Canonical today releases Ubuntu 20.10. Ubuntu's version numbering scheme is based on year (YY), a period, and the month (MM). For instance, the previous stable version was released this past April and it is numbered as 20.04. In addition, Canonical (the operating system's owner) assigns names -- sequentially and alphabetically. The alphanumeric code name is always based on two words starting with the same sequential letter -- an adjective followed by an animal name. The aforementioned 20.04 is named "Focal Fossa." This time, the operating system will be called Ubuntu 20.10 "Groovy Gorilla." This new version of the desktop operating system is loaded with fixes, new features, and a renewed focus on the now-iconic Raspberry Pi. Yes, folks, with a compatible Pi (models with 4GB or 8GB of RAM), you can now have the full Ubuntu desktop experience. More about the new features here.

14968273 feed
The European Union has imposed sanctions today against Russia for its involvement in the 2015 German Parliament (Bundestag) hack. From a report: Sanctions were levied against the GRU (Russian Main Intelligence Directorate), a military intelligence agency part of the Russian Army, and two of its officers. The two GRU officers were identified as Dmitry Badin and Igor Kostyukov. EU officials said Badin was part of a team of Russian military intelligence officers who hacked the Bundestag IT network between April and May 2015. "This cyber-attack targeted the parliament's information system and affected its operation for several days," the EU said today. "A significant amount of data was stolen and the email accounts of several MPs as well as of Chancellor Angela Merkel were affected." Kostyukov was sanctioned for his role as First Deputy Head of the GRU. EU officials said Kostyukov commands the 85th Main Centre for Special Services (GTsSS), also known as Military Unit 26165, but more commonly known in the cyber-security industry under the hacker codenames of APT28, Fancy Bear, Sofacy, or Strontium.

情報元へのリンク
午前 4:00
午前 3:00
14968266 feed
As part of efforts to stop the spread of false information about the coronavirus pandemic, Wikipedia and the World Health Organization announced a collaboration on Thursday: The health agency will grant the online encyclopedia free use of its published information, graphics and videos. The collaboration is the first between Wikipedia and a health agency. From a report: "We all consult just a few apps in our daily life, and this puts W.H.O. content right there in your language, in your town, in a way that relates to your geography," said Andrew Pattison, a digital content manager for the health agency who helped negotiate the contract. "Getting good content out quickly disarms the misinformation." Since its start in 2001, Wikipedia has become one of the world's 10 most consulted sites; it is frequently viewed for health information. The agreement puts much of the W.H.O.'s material into the Wikimedia "commons," meaning it can be reproduced or retranslated anywhere, without the need to seek permission -- as long as the material is identified as coming from the W.H.O. and a link to the original is included. "Equitable access to trusted health information is critical to keeping people safe and informed," said Tedros Adhanom Ghebreyesus, the W.H.O.'s director general. His agency translates its work into six official languages, which do not include, for example, Hindi, Bengali, German or Portuguese, so billions of people cannot read its documents in their native or even second language. Wikipedia articles, by contrast, are translated into about 175 languages. The first W.H.O. items used under the agreement are its "Mythbusters" infographics, which debunk more than two dozen false notions about Covid-19. Future additions could include, for example, treatment guidelines for doctors, said Ryan Merkley, chief of staff at the Wikimedia Foundation, which produces Wikipedia. If the arrangement works out, it could be extended to counter misinformation regarding AIDS, Ebola, influenza, polio and dozens of other diseases, Mr. Merkley said, "But this was something that just had to happen now." Eventually, live links will be established that would, for example, update global case and death numbers on Wikipedia as soon as the W.H.O. posts them, Mr. Pattison said.

14968252 feed
An anonymous reader shares a report: Site Isolation is a modern browser security feature that works by separating each web page and web iframes in their own operating system process in order to prevent sites from tampering or stealing with each other's data. The feature was first deployed with Google Chrome in mid-2018, with the release of Chrome 67. Although initially, Site Isolation was meant to be deployed as a general improvement to Chrome's security posture, the feature came just in time to serve as a protective measure against the Spectre vulnerability impacting modern CPUs. Seeing the feature's success, Mozilla also announced plans to support it with the Firefox browser in February 2019, as part of an internal project codenamed Fission. For both Google and Mozilla, implementing Site Isolation was a time-consuming operation, requiring engineers to re-write large chunks of their browsers' internal architecture. The process took about two years for both Google and Mozilla. While Site Isolation is now a stable feature inside Chrome, this work is now nearing its completion inside Firefox. According to an update to the Project Fission wiki page, Site Isolation can now be enabled inside versions of Firefox Nightly, the Firefox version where new features are tested.

14968245 feed
Fugitive US whistleblower Edward Snowden has been granted permanent residency in Russia, his lawyer said on Thursday. wiredmikey writes: Snowden, the former US intelligence contractor who revealed in 2013 that the US government was spying on its citizens, has been living in exile in Russia since the revelations. The 37-year-old has said he would like to return to the United States. His lawyer Anatoly Kucherena told AFP on Thursday that his residency permit was extended and is now indefinite, a situation made possible by recent changes to Russia's immigration law. Kucherena said the application was filed in April but the process was delayed by the coronavirus pandemic. Snowden is wanted in the United States on espionage charges after he leaked information showing that agents from the National Security Agency (NSA) were collecting telephone records of millions of US citizens. When asked whether Snowden planned to apply for Russian citizenship, Kucherena said: "He will make the decision himself." Kucherena said it was "natural" that Snowden wanted to return to the United States but will only do so when the case against him is closed.

14968233 feed
Reader jkoebler writes: This is an in-depth, narrative investigation into Phantom Secure, a privacy-focused phone company that started selling locally to models and other VIPs, before eventually becoming a preferred network for serious, organized crime. One of Phantom's clients was the Sinaloa Cartel, according to a text message Phantom's owner Vincent Ramos sent to an associate included in court records. The story follows how Phantom got set up, how it took over the world, and eventually how it got taken down by the FBI. It is the result of more than two years of reporting involving sources from the law enforcement, organized crime, and cybersecurity worlds. It features daring escapes from Las Vegas hotels, undercover agents, and a silver-plated AK-47 emblazoned with the Louis Vuitton logo. 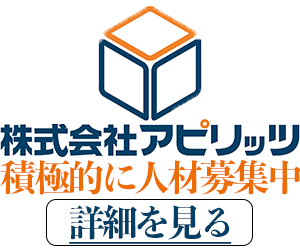